Inspired by the drinking straw, K’Nex was the brainchild of the American Joel Glickman and his brother Bob Glickman. The original K’Nex comprised of simple rods and connectors which could be easily attached together to make different things. Pulleys, wheels, gears and motors were also later introduced to allow for elaborate constructions that could move under their own power. 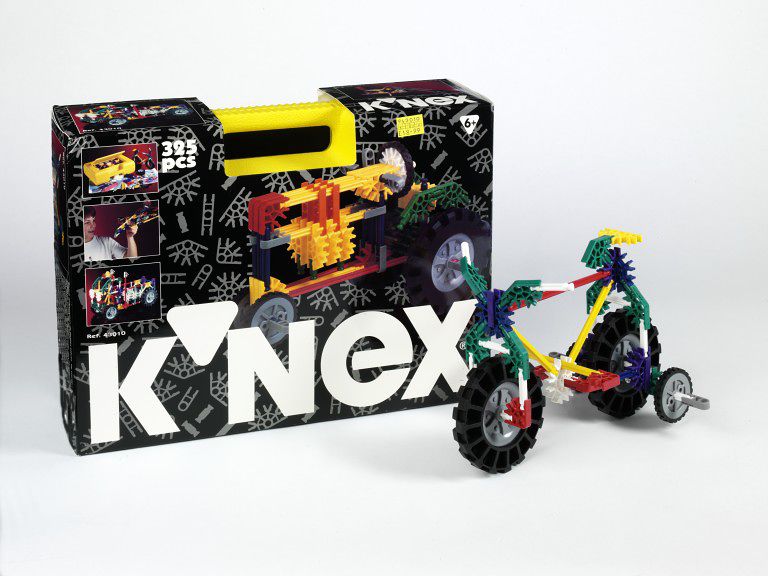 The first K’Nex box was launched in the US in 1993. Originally turned down by the big producers such as Hasbro and Lego, K’Nex is now manufactured in the US and distributed in Europe by TOMY. Some incredible structures have been made using K’Nex, including large-scale working models of rollercoasters and a full-size grandfather clock.