Modern British Childhood explored how childhood has transformed in Britain during the period between the London Olympic Games of 1948 and 2012.

Charting 64 tumultuous years in history, this exhibition looked at issues surrounding education, health, family, entertainment, fashion and play. From a pair of 1950s children’s NHS prescription glasses to the 2005 Teddyfone (designed for under 5s) the exhibition gathered together objects – exceptional or everyday, public or private – that dramatise the huge changes that have occurred in children’s lives. Clothing, toys, books and childcare items were shown alongside TV and film footage and photography.

As part of the exhibition, poetry and prose by writers’ group 26 and by local children from Rushmore Primary School (working with Hoxton-based Ministry of Stories) were also be on display, inspired by some of the objects on show.

An introduction to the sections of the exhibition: 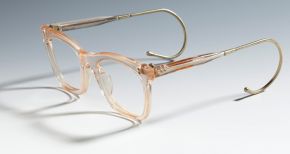 World War Two tore British families and the economy apart and was followed by a period of austerity. The War created expectations for a more equal society. The foundation of the Welfare State sought to overcome the ‘Giant Evils’ of ‘Want, Disease, Ignorance, Squalor and Idleness’. It also aimed to ensure that people received adequate income, health, education, housing and employment. Gradually, the economy, health and education improved. By the 1950s unemployment was low. However, increased wealth and social mobility were offset by social inequality. For many families, poverty and poor housing continued through this period. In 1948 the first Caribbean immigrants arrived on the Empire Windrush.  Immigration, from across the globe, has had a significant impact on Britain’s culture ever since. The family, once the cornerstone of society, came under threat. Other changes included the emergence of the teenager, increasing numbers of working mothers, the rapid growth of cities and the ‘freedoms’ of the 1960s. In 1969 The Beatles sang “Here comes the sun, and I say It’s all right” but in many ways, clouds were already gathering as the 1970s approached.

This was a period of economic, social and political turmoil in Britain, with serious consequences for children.Conservative Governments challenged the broad political agreement relating to both the Welfare State and the Government’s management of the economy. Strikes occurred throughout the 1970s and there was unrest as unemployment rose into the 1980s. Manufacturing declined and many communities and working lives were changed forever. During the 1980s prosperity returned, although more so in the south than elsewhere as Britain’s economy moved towards services, such as finance and banking.There was increasing concern for children’s rights and safety but also a fear of rising youth crime.Television was a powerful cultural force and with far fewer channels than today it offered a collective experience. But tastes in fashion and music were fragmenting as culture became more complex, reflecting society. A period of change that began with the birth of modern computing ended with proposing the World Wide Web in 1989. A new era, full of unimaginable possibility and risk, was just around the corner. 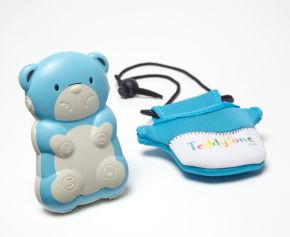 Children’s lives have been subject to conflicting forces during the last two decades. Individualism and materialism have come to the fore, with their focus on rights, choice and the role of the market. Meanwhile, technology has had a huge impact on the economy, communication, education, and entertainment. These trends have helped to increase national wealth. However, poverty and inequality remain, with their roots in the childhood disadvantage and underachievement, that New Labour sought to end through investment and support for families and children. Divorce and teenage pregnancy have increased significantly, suggesting fractures within society. The riots of 2011 also revealed tensions. Most parents are spending more time with their children. But as childhood becomes safer it also becomes more controlled and structured. Children are now subject to a variety of intense pressures, from family, school, peer groups, advertising and the media. And just as technology offers children ease of access and powerful learning tools. It also isolates and increases the pace and complexity of childhood. At almost every step, opportunity and risk walk hand in hand.

Discover the national collection of Childhood related objects, from ideas to design, toys to schoolbooks. All Museum of Childhood Objects
We use cookies to enhance your experience on V&A websites. Read our cookie policy to find out more.+