Senior Sculpture Conservator Victor Borges takes us through the fascinating process of restoring and redisplaying the imposing yet fragile Japanese 'living doll'.

This model of a samurai in full armour is a life-sized realistic figure, called iki-ningyō or ‘living doll’. Dolls like this were originally made in Japan for displays at temple festivals, and were exhibited at international exhibitions from around 1870 onwards. This one was probably assembled in around 1880, a few years after the aristocratic samurai class was abolished in Japanese society, sparking a growing fascination in the mystique of the samurai in the West.

Years of display had taken their toll on the figure. In this film Victor Borges, Senior Sculpture Conservator and the conservation lead on the living doll’s redisplay, takes us through the treatment process, from restoring cracks and flaking paint to creating new metal arm supports. Restored to its former splendour, the figure of a samurai in full armour sits proudly in our Toshiba Gallery of Japanese Art and Design, Room 45. 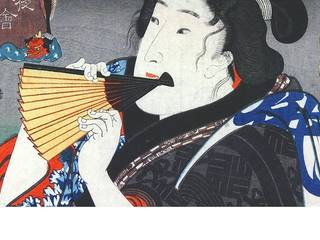