The V&A holds the archive of royal portraits by renowned fashion photographer Sir Cecil Beaton (1904 – 80), who became court photographer to the British Royal Family in 1937, and continued to photograph them for the next three generations, including taking the official portraits for Queen Elizabeth II's Coronation in 1953.

Read more Read less
Beaton bequeathed his archive of royal portraits to his devoted secretary Eileen Hose. In 1987 she, in turn, bequeathed the archive to the V&A. To celebrate the Queen's diamond jubilee in 2012, the Museum mounted the exhibition 'Queen Elizabeth II by Cecil Beaton', featuring portraits of Her Majesty in her roles as princess, monarch and mother. Our collection also holds some of his costume and stage designs for productions such as My Fair Lady (1956) and Gigi (1958), as well as the Cecil Beaton Collection of fashion, which was exhibited at the Museum in 1971 as 'Fashion: An Anthology by Cecil Beaton'. 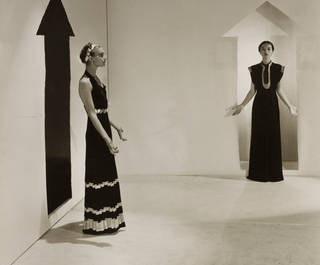 A photographer of fashion, society, and the British Royal Family, Cecil Beaton was also a set and costume designer and fashion expert 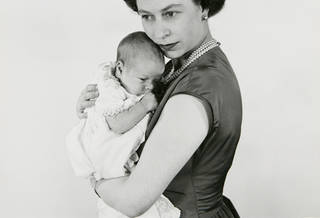